Orders placed before 12pm are usually dispatched the same day.

We are confident that our pre-cut window tint kits are the best quality available for the best price.

However, if you find a kit for your vehicle at a chepaer price online from one of our competitors, let us know and we'll not only match it - we'll beat it by 10%.

Just email us at support@window-tint.co.uk with the details of your vehicle and a link to the cheaper product and we'll get back to you with a discount code.

(Discount subject to us verifying competitors website and offered at our discretion.)

Our high-tech cutting equipment cuts the window film to the exact computer-controlled size of your windows. This means that the film you receive will be cut out to fit your car's windows perfectly.

The window patterns we use have previously been installed by a professional installer to guarantee the correct size.

If for any reason there is an issue with the tint you recieve, just send us some photos of the problem, and if the fault is ours, we will send a replacement or issue a refund straight away.

We have been leaders in the window tint business for many years and we genuinely believe that no-one can match our quality, value and service.

We've had over 20,000 positive reviews from our customers around the world on eBay and our website since launching in 2008.

In 2015 and 2016 we were shortlisted at the Cheshire Business Awards, winning highly commended for Innovation & Enterprise in 2016.

Window-Tint.co.ukÂ were delighted to be named the ‘Business of the Year’ at the 2019 Cheshire Business Awards last week, hosted by Lucy Meacock from ITV News.

The awards offer opportunities for businesses of all sizes in Cheshire to gain recognition and respect.

Founded in 2010 by Director Tom Smith, Window-Tint.co.uk currently employs seven people and has enjoyed significant consistent growth since launch. The past 12 months have seen the expansion of their trade supply side, WT Window Films, and the launch of their window tint fitting centre in Saltney, Chester.

Full details of the awards can be found on the Cheshire Live website. 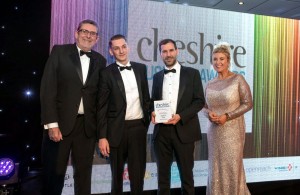 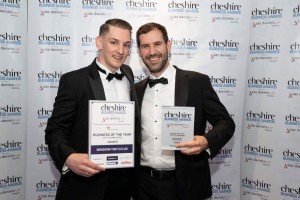 Posted in Blog | Comments Off on Winners – Cheshire Business Awards 2019 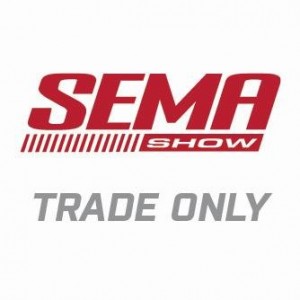 We can’t wait for this year’s SEMA Show in Las Vegas, which takes place from 5th to 8th November 2019.Â  The biggest and best automotive specialty products trade event in the world, it spans over a million square feet at the Las Vegas Convention Center. It is unfortunately though not open to the general public. 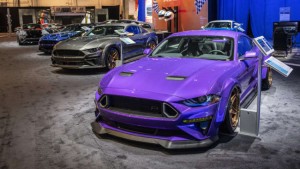 There are 12 main sections of exhibiting companies in areas such as Restyling & Car Accessories, Racing & Performance, and Powersports & Utility Vehicles. In addition to this, the SEMA Show also provides over 50 free educational seminars for those looking to develop their businesses. Subject areas include those such as online marketing and social media. Networking opportunities are also massive for those looking, for example, to establish new product suppliers.

The coolest part of the show though is the exit parade that takes place on the Friday at 4pm, which sees over 1500 of the best vehicles from the SEMA show leave the convention centre.

For those wanting to stay near the show, there are range of hotel options including: 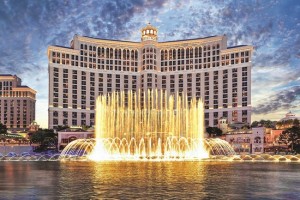 Another impressive hotel which is just steps away from the show. It has a wide range or several suites to choose from, including one with a kitchen and separate living area.

A good hotel option for those on more of a budget, with rates as low as 50 dollars per night during the week of the SEMA Show.

Online registration for the 2019 SEMA Show would cost you 40 dollars up until Friday 18th October. After this the price will increase to 90 dollars. We say GO!

Posted in Uncategorized | Comments Off on The 2019 SEMA Show 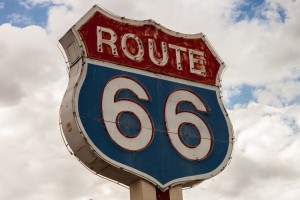 Spanning over 2400 miles, Route 66 is perhaps the most famous road in the world. It starts in Chicago, Illinois and finishes on the shores of the Pacific Ocean in Santa Monica, California. It takes at least two weeks to complete. 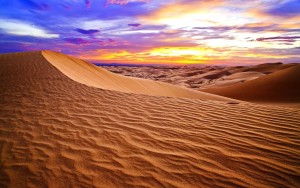 An extremely remote and barren region in northern China and southern Mongolia, the Gobi Desert is considered to be one of the world’s top travel destinations. It is the largest desert in Asia and home to animals such as bears, camels, gazelles, snow leopards and golden eagles.

Meaning ‘Emerald Coast’, Costa Smerelda can be found along the northeast coast of Sardinia, Italy. With breathtaking scenery of around 20 kilometres, it consists of beautiful beaches and turquoise waters. 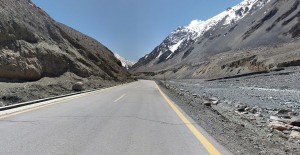 The Karakoram Highway, often just called KKH, is a 1300 kilometre national highway that connects China and Pakistan across a rocky mountain range. Some say it’s the road to paradise. 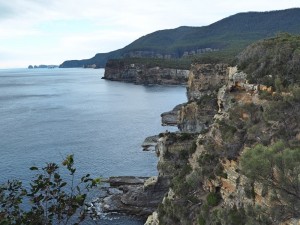 Located in south-east Tasmania, the Tasman Peninsula needs a good few days to explore. It has spectacular coastlines as well as blowholes and caves, and is home to some great walks from short and family-friendly to overnight multi-day routes.

We’re off to get packing!

Tinting Your Car Windows Is Good For Your Health! 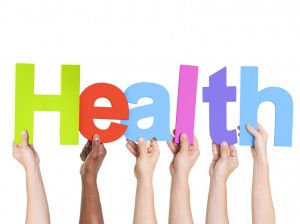 As well as looking cool, installing window tint on to your car windows can also help keep you cool, as it reduces the impact of radiant heat as it hits the windows. In turn, it also saves you money on your fuel bill as there is less need for the air conditioning on. What’s more, it also blocks over 99% of harmful rays from the sun and so helps to protect your and your family’s skin.

As if this wasn’t enough, car window tint helps to reduces glare, making it safer and easier and easier to drive and provides some privacy and security when leaving your vehicle unattended.

How many more reasons do you need to tint your car windows? Order your pre-cut car window tinting kit now from www.window-tint.co.ukÂ

Posted in Uncategorized | Comments Off on Tinting Your Car Windows Is Good For Your Health!

So what exactly is car window tinting? 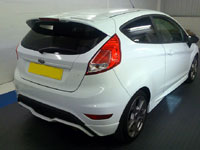 In simple terms, window tint is a self adhesive film with a clear backing that is peeled away as you apply the film to the car windows. Some sort of squeegee or other tool is extremely useful when applying the film, as it helps it to go on smoothly and to eliminate any bubbles that might appear during the process. Check out our Window Tinting Videos & Guides to achieve the best results with your pre-cut car window tinting kit.

What do the different percentages of tint mean?

The different options of window tinting film available are:

When thinking about which percentage of tint would be best for your needs, it is useful to consider what it is you want Â the film for. For example, if you wanted more security for the back of your car, you might pick a darker tint such as 5% for the rear window. It is important to note that the UK law states that a tint of higher than 70% CANNOT legally be used on the front windows of the car, but on the rear windows only.

For more information and to see how the different shades of tint would look on your car, you can visit our Car Window Tint Simulator. 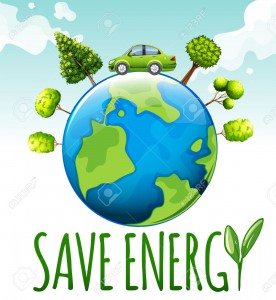 Q: How can tinting your car windows help to conserve energy?

A: In the summer, window tint can block between around 35-65% of the solar heat that builds up in a car, depending on the grade of the tint. This in turn helps to stop the car from overheating, which then reduces air conditioning overuse and excessive fuel consumption.

In the colder winter months, car tinted windows help retain heat by stopping it from escaping through the windows. This means less need for high levels of heating, which again helps to reduce fuel consumption. 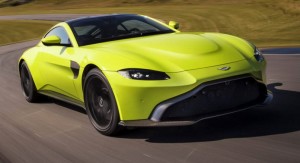 2) Â The Vantage was inspired by the Aston Martin Vulcan – the track-only supercar.

3) Â James Bond’s car in the film Spectre was based on this new model.

Posted in Uncategorized | Comments Off on The New Aston Martin Vantage: 5 Facts 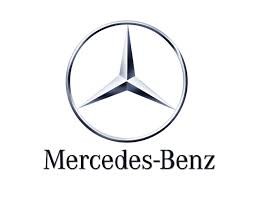 Mercedes-Benz cars are being recalled due to a potential safety issue with the airbags. In the UK around 400,000 cars are affected, and around 495,000 in the USA.

A spokesperson for Mercedes-Benz stated that there would only be a safety issue in certain vehicles Â in “rare circumstances” and that the cars are safe to drive as normal. However, if the airbag warning light should come on, drivers should seek assistance straight away.

The safety issue is said to affect certain A,B,C and E-class models, and CLA, GLA and GLC vehicles built between November 2011 and July 2017.

Mercedes-Benz have said that they will contact all affected customers to ask them to bring their vehicle in so that they can solve the problem, which will only take an hour to perform and will be free of charge.

Posted in Uncategorized | Comments Off on Mercedes-Benz Safety Issue

Do roadworks drive you mad? There could be some good news! 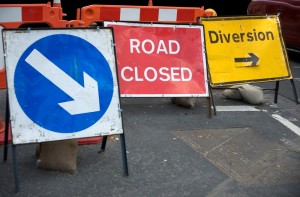 It has been announced that the Department for Transport have outlined proposals in which utility companies could be charged by the hour when undertaking roadworks. This attempt to reduce unnecessary delays will be good news for many UK motorists who find themselves regularly inconvenienced by roadworks.

It is also hoped that going forward the different utility companies will work together to achieve as minimum disruption as possible to motorists, rather than all working on the roads at different times.Â  For many of us there is nothing more frustrating than a company completing one set of roadworks, only for another company to come along and dig up the same roads again just a few weeks later.

Trials have already taken place in London and Kent, where motorists have seen delays caused by roadworks drop significantly.

And it’s also good news for the UK economy, as roadworks carried out in the UK have been shown to cost around 4 billion pounds in terms of lost productivity, delays and rising business costs.

What do you think of the proposals? Do you think that they will work?

Posted in Uncategorized | Comments Off on Do roadworks drive you mad? There could be some good news! 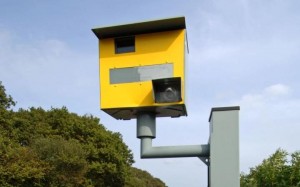 You will usually knowÂ if you’ve been caught by a speed camera as it will emit two bright flashes as you drive by. And there is also something called an average speed camera system which consists of a series of CCTV-style cameras that record your car registration as you pass. The system then calculates how fast you’ve been travelling between each camera and from this works out your average speed. Beware – if it’s above the speed limit, it’s going to cost you.

From 2017, speeding fines have increased. The minimum fine for speeding is ÂŁ100, though it could be up to a whopping ÂŁ2500 if you are caught significantly speeding on the motorway and you find yourself having to go to court.

The three main ‘bands’ of speeding are now:

BAND A – this is the lowest level of speeding, for which you can expect to be fined around 50% of your weekly income. An example would be driving between 21mph and 30mp in a 20mph zone.

BAND B – this is for more serious cases of speeding, where you could pay a fine of 100% of your weekly income. For example, if you were driving 31mph to 40mph in a 20mph zone.

BAND C – this is for the most extreme cases of speeding, and for which you could pay a fine of 150% of your weekly income. An example would be driving 41mph or above in a 20mph zone.

It’s important to remember that there is a degree of flexibility in terms of the fines, depending on exceptional circumstances such as a genuine emergency. There are also speed awareness courses which are usually offered as an alternative. Â Although you can’t appeal a fine, there is the option to reject it in which case you’d go to court instead. However, we would advise to avoid this if at all possible as it can be a difficult and costly route to take.

Posted in Uncategorized | Comments Off on Speed cameras and fines